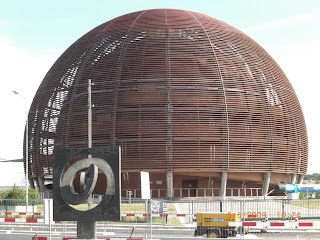 We visited CERN having huge expectations and got what we hoped for and more.

We lived for 4 days in this amazing science-park surrounded by the French Alps to the South, by the Lake Léman and Geneva to the North.

These were 4 days of resting, speaking, eating, living among and asking questions to the finest scientists in the world. At any corner of the CERN Science Park you can meet a renowned scientist and have a chat. Everywhere, you will inevitably meet passionate scientists all devoted to one cause – discovering the secrets of the Universe. 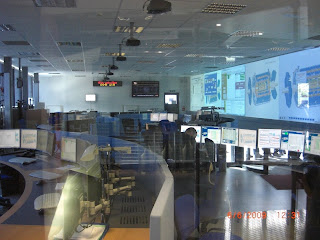 As you know, CERN is currently building its most powerful machine ever, the Large Hadron Collider, also known as LHC. This machine is being installed in a tunnel 27 km in circumference. Actually, the same facility housed a previous machine, the Large Electron Positron collider (LEP). 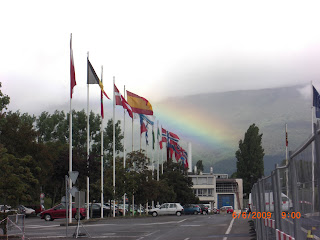 What is different with LHC is the type of particles collided. Before electrons with relatively low mass were used but now the beam of particles will be made of protons that have greater mass. Thus, it is possible to reach the required energy level for the experiment.

Mark, the scientist who leaded the guided tour explained to us that ‘Although the two proton beams collide with the energy of a mosquito, with regard to their extremely tiny sizes this collision is supposed to recreate the condition of the Big-Bang in miniature’. And ‘Yes, the energy of the collision is theoretically substantial enough to produce a micro black whole, but don’t worry , as its dimensions would be extremely small , so that it could not cause any detrimental effect at all’ 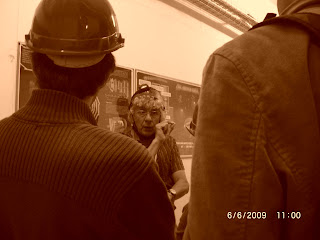 By reconstructing the conditions of ‘The Big Ben’ scientists hope that the experiment would produce unknown particles that will provide a better explanation regarding the secrets of the Universe. We suppose that these particles once existed during the first nanoseconds after ‘The Big Bang’ but shortly disappeared afterwards.

‘How can you measure something you do not know?’ Jeremy asked

Our guide replied that all the experiments are organised according to predictions using Einstein’s theory.

‘For instance, the theory suggests the existence of the so called HIGGS Particles, which we hope to discover with the experiment. And according to the theory we can predict that the HIGGS Particles will emit certain quantities of MUONs and other particles that we already know. 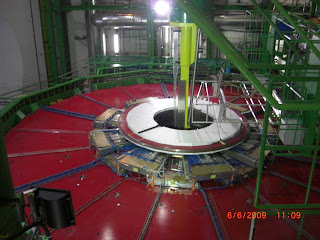 Detecting certain patterns that correspond to the theory will indicate whether we have found something or not. Detectors record what happens when the particles collide. The energetic collisions produce many new particles, as energy turns into matter in accordance with Einstein’s equation, E=mc2 , where E stands for energy, m for mass and c is the speed of light. The different Layers of detectors measure different properties of the particles produced in collisions. Tracking devices reveal the paths of the particles as they fly away from the collision. Other layers, called calorimeters, measure the energy of the particles. A magnet built into the detector bends the paths of electrically charged particles and helps in identifying the particle types.’

‘And when the experiment starts.., what if the detectors display completely different results from the expected ones? And what guarantees that these are or are not the HIGGS Particles you’re looking for?’ was the question I asked. 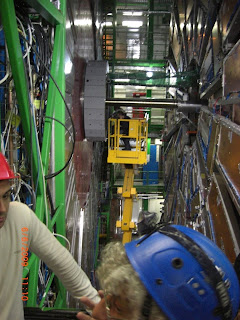 ‘If we do not find what we expect, we will have to readjust the theory and interpret the results from a different perspective. The theory is just a tool but it does not necessary limit us.’
Публикувано от Славейко в 2:55 Няма коментари: